NOW A WORD ABOUT WHAT AFTER THE ENROLMENT AS AN ADVOCATE
You would naturally be anxious to know the ought and ought not after you have enrolled as an advocate? Let us, therefore, tell you something about the standards of Professional Conduct and Etiquette.

PREAMBLE
An advocate shall, at all times, comport, himself in a manner befitting his status as an officer of the Court, a privileged member of the community, and a gentleman, bearing in mind that what may be lawful and moral for a person who is not a member of the Bar, or for a member of the Bar in his non-professional capacity may still be improper for an Advocate. Without prejudice to the generality of the foregoing obligation, an Advocate shall fearlessly uphold the interests of his client and in his conduct conform to the rules hereinafter mentioned both in letter and in spirit. The rules hereafter mentioned contain canons of conduct and etiquette adopted as general guides: yet the specific mention thereof shall be constructed as a denial of the existence of other equally imperative though not specifically mentioned.

Rules 20 and 21 regulating professional conduct and etiquette specifically lay down that an Advocate shall not stipulate for fee contingent on the result of the litigation or agree to share the proceeds thereof and that he shall not stipulate for or agree to receive any share or interest in any actionable claim. (Xavier v State of Kerala, 1974 KLT227:AIR1974Ker.l90).
27. Where any amount is received or given to him on behalf of his client the fact of such receipt must be intimated to the client as early as possible.
28. After the termination of the proceeding the Advocate shall be at liberty to appropriate towards the settled fee due to him any sum remaining unexpended out of the amount paid or sent to him for expenses, or any amount that has come into his hands in that proceeding.
29. Where the fee has been left unsettled, the Advocate shall be entitled to deduct, out of any moneys of the client remaining in his hands, at the termination of the proceedings for which he had been engaged, the fee payable under the rules of the Court in force for the time being, or by then settled and the balance, if any, shall be refunded to the client.
30. A copy of the client’s account shall be furnished to him on demand provided the necessary copying charge is paid.
31. An Advocate shall not enter into arrangements whereby funds in hands are converted into loans.
32. An Advocate shall not lend money to his client, for the purpose of any action or legal proceedings in which he is engaged by such client.
Explanation- An Advocate shall not be held guilty of a breach of this rule, if, in the course of a pending suit or proceeding, and without any arrangement with the client in respect of the same, the Advocate feels compelled by reason of the rule of the Court to make a payment to the court on account of the client for the progress of the suit or proceedings.
33. An Advocate who has, at any time, advised in connection with the institution of a suit, appeal or other matter or has drawn pleadings or acted for a party, shall not act, appear or plead for the opposite party.
SECTION III-DUTY TO OPPONENT
34. An Advocate shall not in any way communicate or negotiate upon the subject matter of controversy with any party represented by an Advocate except through that Advocate.
35. An Advocate shall do his best to carry out all legitimate promises made to the opposite party even though not reduced to writing or enforce under the rules of the court.
SECTION IV-DUTY TO COLLEAGUES
36. An Advocate shall not solicit works or advertise, either directly or indirectly, whether by circulars, advertisements, touts, personal communications, interview not warranted by personal relations, furnishing or inspiring newspaper, comments or producing his photograph to be published in connection with cases in which he has Rule 33: It is not in accordance with professional etiquette for an advocate while retained by one party accept the brief of the other. It is unprofessional to represent conflicting interests except by express consent given by all concerned after a full disclosure of the facts. (Chandra Shekhar Soni v Bar Council of Rajasthan AIR 1983 SC 1012)
His sign-board or name -plate should be of a reasonable size. The signboard or name-plate or stationery should not indicate that he is or has been President or Member of Bar
Council or any Association or that he has been associated with any person or organisation or with any particular cause or matter or that he specialises in any particular type of work or that he has been a Judge or an Advocate General.

37. An Advocate shall not permit his professional services or his name to be used in aid of or to make possible, the unauthorised practice of law by any agency.
38. An Advocate shall not accept a fee less than the fee taxable under the rules when the client is able to pay the same.
39. An Advocate shall not enter appearance in any case in which there is already a vakalath or memo of appearance filed by an Advocate engaged for a party except with his consent; in case such consent is not produced he shall apply to the Court stating reasons why the said consent could not be produced and he shall appear only after obtaining the permission of the Court. An Advocate should be as disciplined as the sum. He should be molded to perfection. Every one should be proudly interested in the up gradation and purity of the profession. 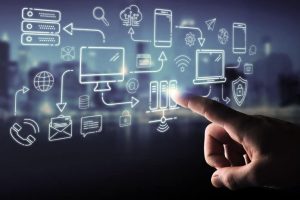 The Bar Council of Kerala has embarked on a journey, in the 1 st week of January 2022, to implement an integrated e-Governance system for